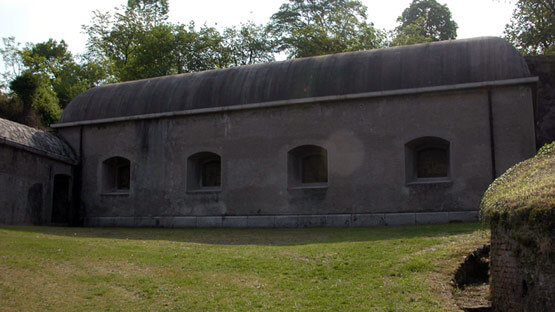 The south building of the barracks contained the kitchen, some store rooms and the latrines, while the more impressive north building, armoured with mighty walls and a concrete cover more than a metre thick, housed the orderly room, the command room, the infirmary, the armoury and the lodgings for officers and troops.

There was not a refectory and meals were consumed on beds or, when the weather permitted, outside in the drill ground next to the barracks.