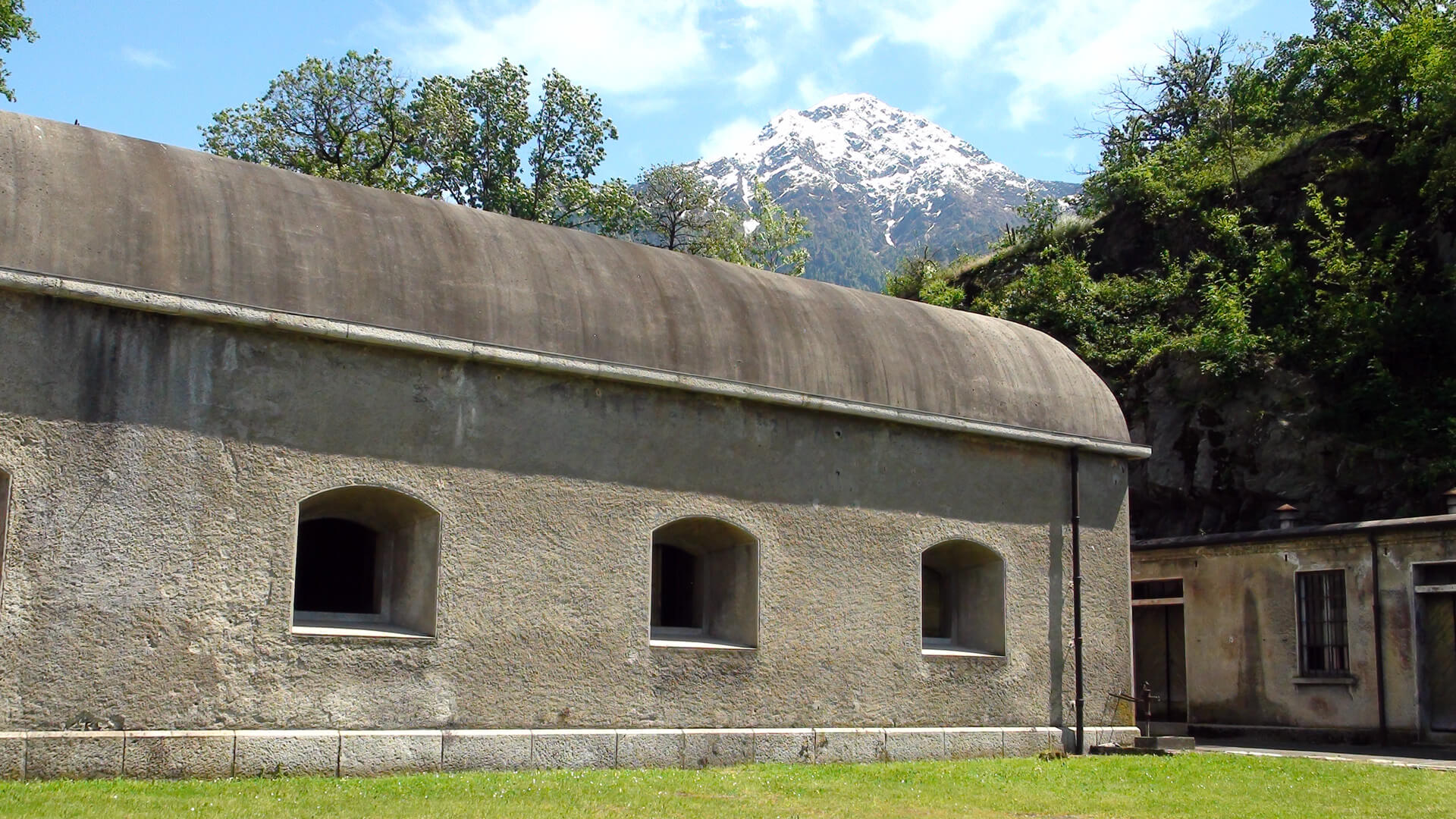 The first room in the east side of the barracks was the orderly room i.e. where the organisational and administrative management of the Fort took place, for example, the drawing up of daily orders or of the granting of staff permissions and leave. 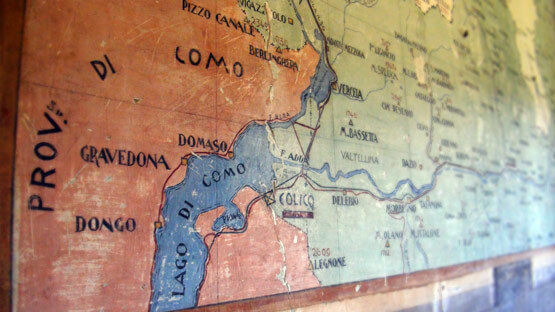 The command room was located in the second room of the east side of the barracks. Here, the day to day life of the Fort was organised. A large map, drawn up towards the end of the thirties when Forte Montecchio Nord as an artillery position became the garrison for the Frontier Guards, shows the territory of the Province of Sondrio, which was then under the control of the contingent that used the Fort as headquarters. 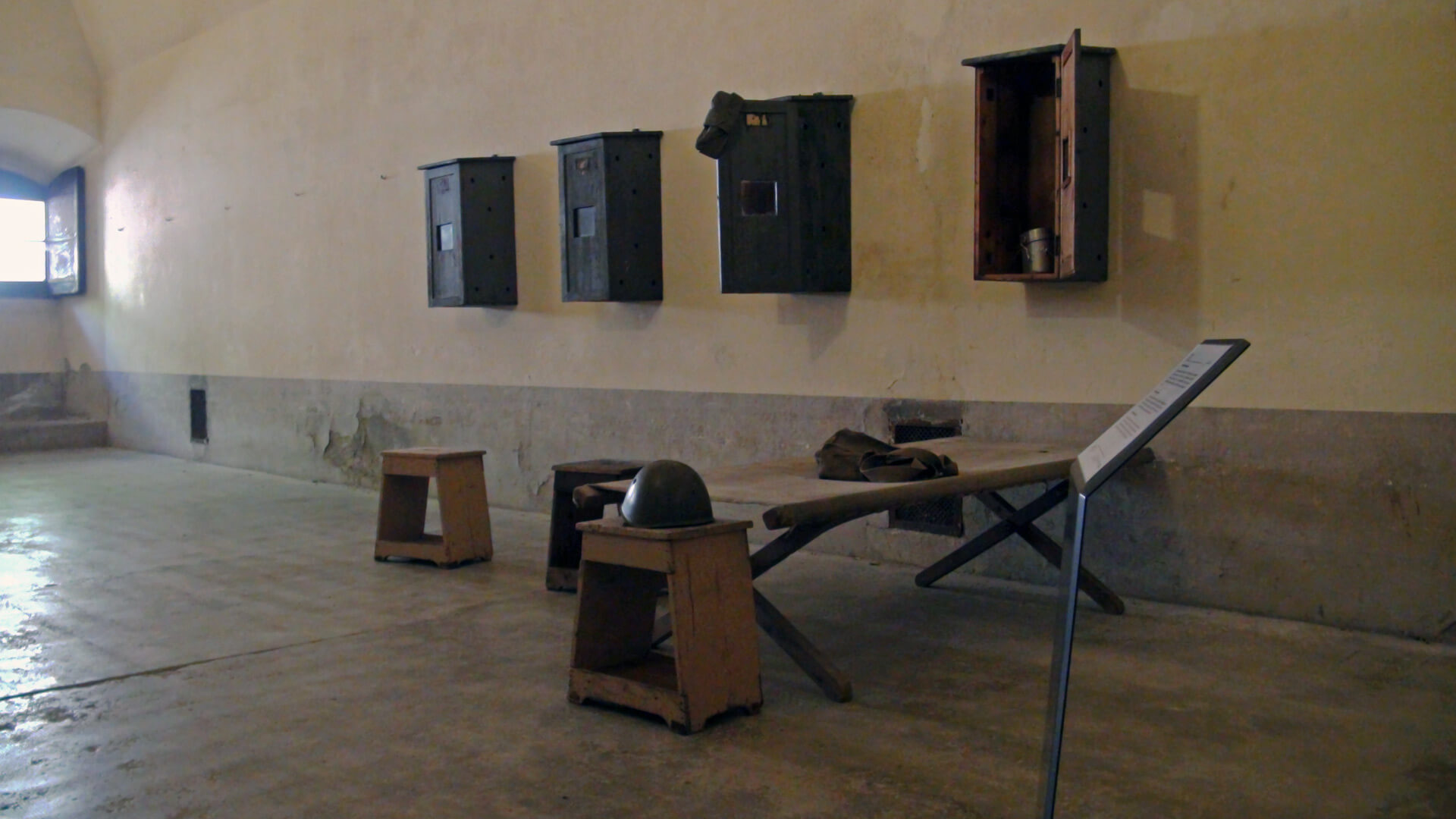 The third room in the east side of the barracks was, at different times, the officers’ quarters and the infirmary. It is characterised by the fact that it had running water available by means of a system made up of a pump and a suspended tank.”