The engine room: the electric installation 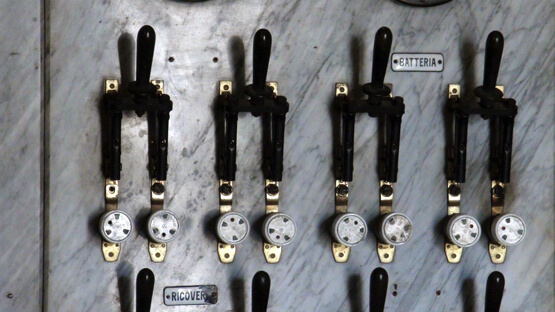 Right from its outset, the Fort was supplied with electric energy generated by a dynamo which was driven by combustion engines. The constant 120-voltage was guaranteed by four lead accumulator batteries positioned behind the main control panel. Energy was distributed via a modern-style, parallel line, electrical installation. 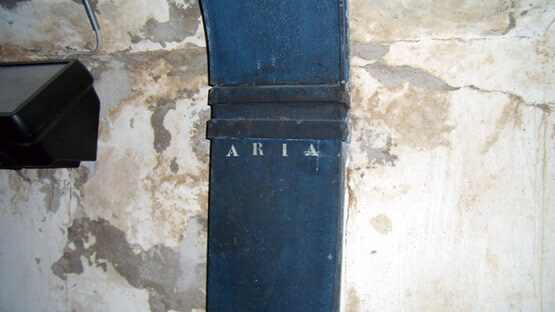 It was foreseen that the air around the Fort would be contaminated by the toxic fumes from the explosives, the harmful exhaust emissions produced by the generators and, while firing, by the combustion residues of the propelling charges. In addition, during the summer, the air beneath the protective domes can reach temperatures well over 40 degrees. For this reason, the battery is equipped with a modern ventilation sys em which brings in fresh air from the outside, via galvanised sheet pipes and wide nozzles, into the different rooms. The air is shifted by several electric centrifugal pumps.